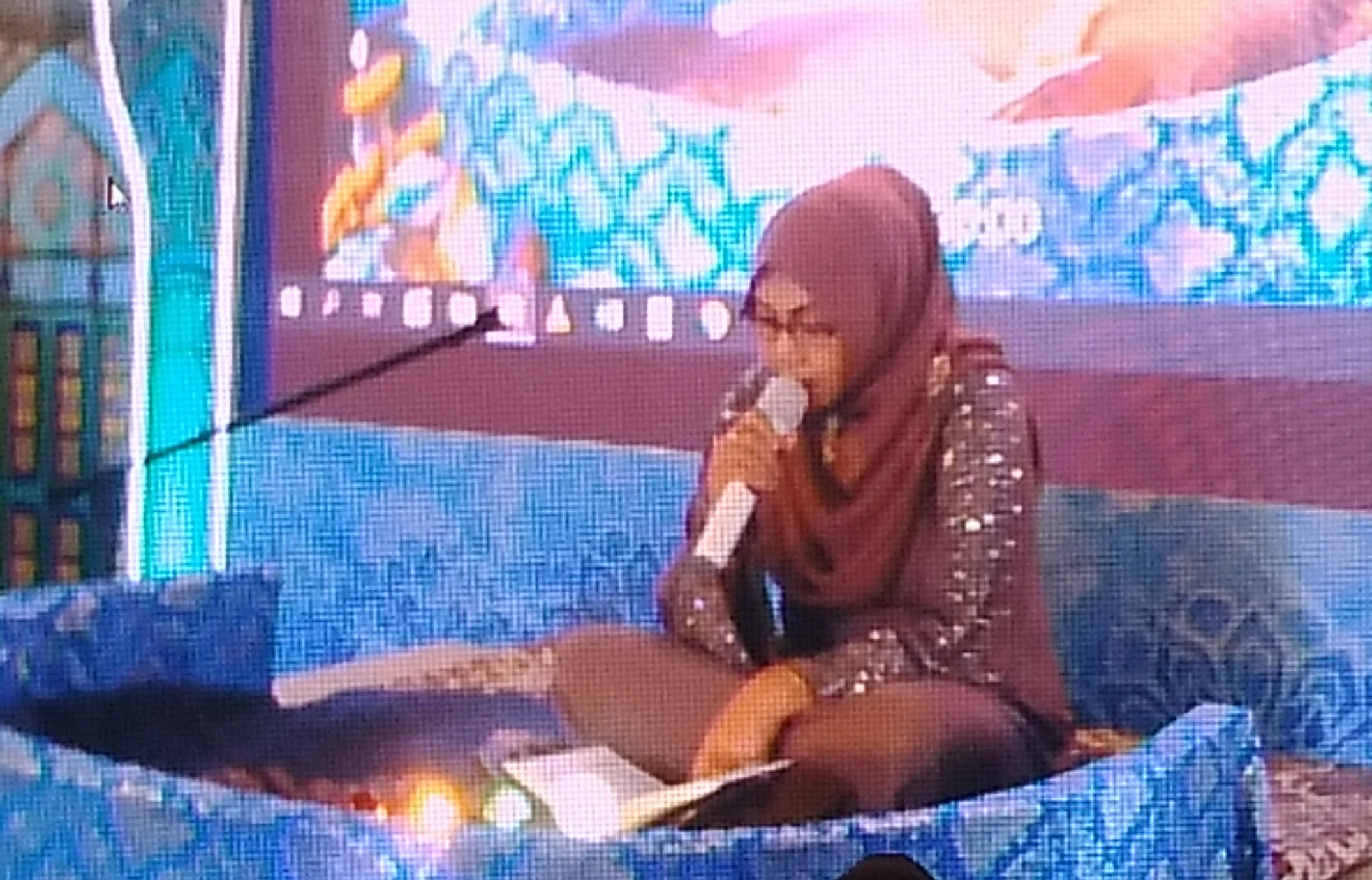 IT is not only the National Qur’an Reading Competition (NQRC) the National Commission on Muslim Filipinos (NCMF) knows and implements.

Lawyer Saidamen B. Pangarungan, secretary/CEO of NCMF, emphasized this today, March 11, at the 45th NQRC being held at the University of the Philippines Alumni Association (UPAA) Bahay ng (House of) Alumni, Diliman, Quezon City.

Saudi Ambassador Abdullah N.A. Al-Bussairy and NCMF Secretary CEO Saidamen B. Pangarungan in a light mood before the program’s start.

He said “Qur’an reading contest is not the only thing that the NCMF knows how to do. In a short period of seven months since my appointment as Secretary, we have instituted several well-meaning reforms in NCMF.”

They are, he enumerated:

1. Improvement of hajj accommodations in 4-star to 5-star hotels in Madinah and Makkah, Saudi Arabia, and reduction in the hajj fees and airfare in 2019 as much as Php30,214 per pilgrim for a total savings of Php240 million for around 6,000 hujjaj (pilgrims).

Pangarungan said it was the first time in the history of hajj operation in the Philippines “that we have a significant reduction in its hajj fees and airfiare.”

NCMF Secretary Saidamen B. Pangarungan urges his compatriots to love their country.

2. Through prudent spending the NCMF realized savings of Php45 million in 2018;

3. NCMF has convinced Congress not only to restore the budget cut of Php39 million, but also to augment with Php205 million the 2019 budget;

4. NCMF launched a sustained nation-wide campaign of “Strengthening National and  Local Resilience against Violent Extremism” that gives warning to the Muslim youth to not embrace a foreign extremist ideology that resulted in the devastation of Muslim cities in the Philippines (Marawi) and in the Middle East (in Syria, Iraq, and Afghanistan).

Through the program countering the spread of violent ideologies, the Muslim youth in the country are being reminded also about love of country and their fellowmen, he said.

“Our objective: what happened in the tragic Marawi siege that dislocated hundreds of thousands of our Muslim residents there will not be repeated again in any other city or town in the country,” the NCMF secretary said.

Photo-op for female (above) and male Qur’an readers for the NQRC 2019.

5. NCMF activated its program promoting and developing the halal industry. A few weeks ago the NCMF keynoted the World Halal Assembly Philippines (WHAP) 2019 organized by the Department of Science and Technology (DOST) XII which assembled over 1,000 delegates from 34 countries.

6.  The free legal assistance of the NCMF continues to provide help assistance to local Muslims, the latest of which the three “imams” (religious leaders) who alleged that some policemen in Tuguegarao, Cagayan, North Luzon, framed them up for illegal drug use.

“We made a strong representation to Department of Interior and Local Government (DILG) Secretary Eduardo Ano and the leadership of the Philippine National Police (PNP) that ordered the relief of entire police detachment in the town of Enrile, Cagayan Valley province, their transfer to far-away Jolo, Sulu, to prevent them from influencing the case that was filed with the prosecutor’s office,” said Pangarungan.

“We expect the three men of God to be released soon.”

At the event, he also underscored that Muslim Filipinos to love their country, be patriotic, and respect and love their fellow citizens.

“The Philippines is the only country we have. In so doing, we must love our fellowmen. And we must perform at all times our duties and responsibilities,” said Pangarungan, a former governor of Lanao del Sur, among other government posts he held before being appointed by President Rodrigo R. Duterte to the NCMF.

Part of the male audience.

A total of 18 female and 18 male Qur’an readers participated in the NQRC,which is being held annually.

Secretary Saidamen B. Pangarungan leads Saudi Ambassador Abdullah Al-Bussairy at the stairs. Behind is Nikolai Pangarungan, the NCMF chief of staff.

Winners of the 2019 NQRC will be competing in various international Qur’an reading contests abroad. (EKU)