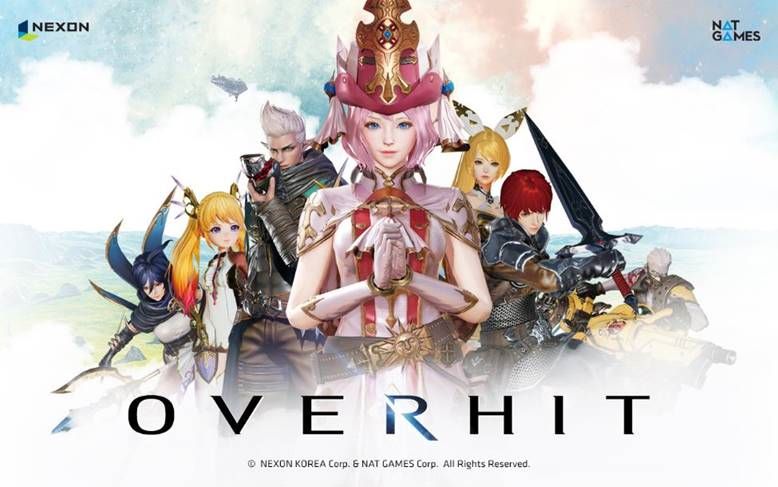 SEOUL, May 30 — Countless unique heroes from across time and space enlist for battle in Overhit, the highly-anticipated turn-based action role-playing game (RPG) from Nexon Korea Corporation, subsidiary of Nexon Co., Ltd. (“Nexon”) (3659.TO), a worldwide leader in free-to-play online and mobile games.

Beginning today, mobile players worldwide can download and dive into Overhit for free on the App Store and Google Play.

In Overhit, a resistance army known as the Black Wings fights back against the evil Conclave corporation’s plans to destroy the world. Players are invited to take command of over 120 unique and unforgettable heroes, all voiced by world-renowned voice actors from well-known anime.

Overhit also boasts the use of the Unreal 4 Engine to deliver a gorgeous world with console-inspired 3D backgrounds for stunning action-adventure gameplay. Some of Overhit’s unprecedented catalog of immersive features include:

·        Collaborative Guild Wars – Players can team up and face off against villainous bosses, embark on expeditions and go head-to-head against competitors worldwide.

Today’s global launch arrives after Overhit’s roaring success in Korea and Japan, where the game quickly earned the App Store’s number one popular application spot for both countries. Similarly, Overhit shattered the milestone of one million downloads in both Japan and Korea in just two weeks and one month, respectively.

Overhit is now available to download worldwide for iPhone and Android. (Nexon Korea)

Nexon Co., Ltd. (“Nexon”) (3659.TO) is a worldwide leader in free-to-play online and mobile games. Founded in Korea in 1994, Nexon developed one of the world’s first graphics-based massively multiplayer online games. Nexon also pioneered the concept of microtransactions and the free-to-play business model, setting a new standard in which play is free, and users have the option to purchase in-game items to enhance their experience. Nexon currently services nearly 100 titles in more than 190 countries. The Company is headquartered in Tokyo, Japan and its shares are listed on the Tokyo Stock Exchange.

Video and images from Nexon Korea.