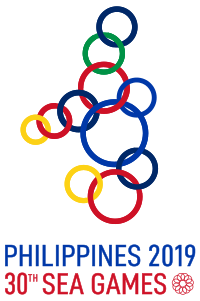 WHAT do sportsmen and cybersecurity experts have in common?

They both go after their goals; sportsmen and cybersecurity experts also possess tenacity, among other commonalities.

So, it is not surprising that one of the world’s leading cybersecurity vendors, Kaspersky, have been supporting international sports and sportsmen, as well as Filipinos.

On July 11, Kaspersky General Manager for Southeast Asia Yeo Siang Tiong signed a Memorandum of Understanding (MOU) with the ice hockey and lawn tennis teams associations to further the former’s engagement with sports.

The ice hockey and lawn tennis have national teams that will battle it out in the 30th Southeast Asian (SEA) Games 2019 on November 19 to December 11.

Competitions will be held in different venues, including in Pampanga, Central Luzon, and in Metro Manila, among other venues.

Kaspersky’s support through one of its key distributors iSecure Networks will come in the form of Php3 million from the proceeds of Kaspersky Internet Security 2019 and Kaspersky Anti-Virus 2019 reckoned from July to November 2019.

“It is about not giving up,” said Yeo.

In an interview with SDN — Science and Digital News, said cybersecurity experts and athletes go after their goals relentlessly, they do not waver, they are tenacious.

In cybersecurity, going after cybercriminals require tenacity, being resolute, he added.

So, it is not at all surprising that Kaspersky is doing this.

All for one, one for all, with Kaspersky, Hockey Philippines, PHILTA executives, and athletes. (Photo: Kaspersky)

In fact, the cybersecurity firm has been deep in its support for sports activities since 2011, as its sponsorship include the Scuderia Ferrari, FIDE and World Chess Championship, Manly Warringah Sea Eagles rugby teams of Australia, and the Trans-Antarctic Expedition led by Felicity Ashton, among others.

While this is the first time, Kaspersky is putting its weight on Philippine sports teams, it has, meanwhile, been sponsoring some Filipino athletes, one of them Marian Jade Capadocia, a champion tennis player and member of the national team for SEA Games 2019.

Capadocia told SDN — Science and Digital News, she was thankful for the support she has received as an individual sportswoman from Kaspersky when she competed in the past in international and regional tennis competitions.

“The support is very important because in tennis, there are not much funds,” she said, adding she started playing tennis when she was eight years old.

Among her awards include Bronze Medal in the SEA Games 2012, champion in the circuit Open in Bahrain, and in the International Tennis Federation (ITF) circuit in Hong Kong.

The lawn tennis team for SEA Games 2019, she said, has six members including her. She’s been playing the sports for 15 years.

Their MOU stipulates that the funding support from Kaspersky will go to the national men’s ice hockey team led by team captain and MVP Steven Fuglister and the tennis teams that also include Anna Clarice Patrimonia, a singles player like Capadocia.

The Philippines is host this year of the biennial sporting events that pits athletes from the Association of Southeast Asian Nations (ASEAN).

Kaspersky is enthusiastic about its support for the two national teams.

“We’re very delighted to support these teams which we believe are powerful contenders in their respective tournaments within the 2019 SEA Games.

“Kaspersky has always been an avid benefactor of achievers in the sports arena who exemplify the same values that we’re also dedicated to — passion for elite performance and tenacity to attain success with speed and high level of strategic thinking,” said Yeo.

Here’s what iSecure Networks President and CEO Chris Sy through a press statement.

“We’re confident that our selected athletes will make us really proud as they play in the SEA Games in their home court.

“This is one of the biggest sporting events in the region and our athletes have been working so hard to polish their skills. The incentive is our contribution to help them achieve even more for the country,” said Sy.

Customers who will buy the two Kaspersky products and, therefore, support the national athletes, will not be left out.

The two national teams are expected to use the funds for the athletes’ local and overseas training activities.

Gautier and Misa thanked Kaspersky profusely for the support. (SDN)