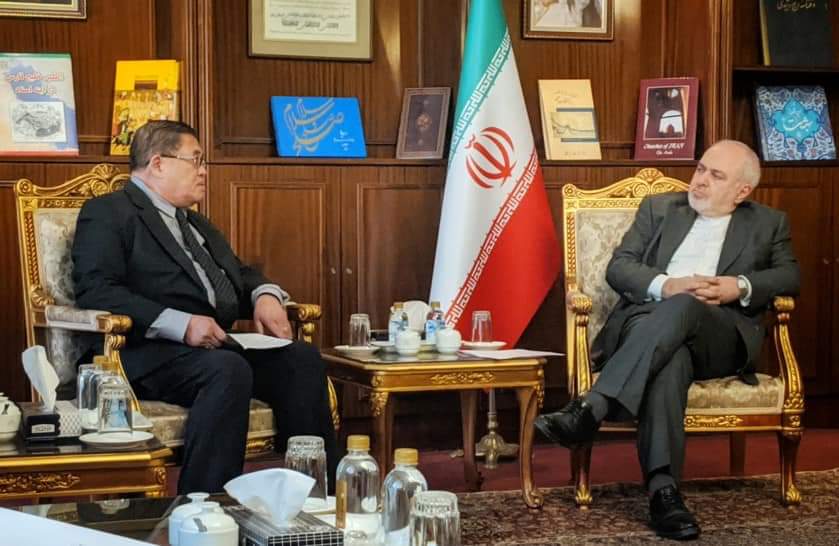 ​(SDN) — HAWKS in the Trump administration have been beating the war drums, apparently eager to engage the Islamic Republic of Iran in a conflict.

In fact, the American leader, only the third president to suffer the ignominy of impeachment, had ordered the assassination of revered Iranian General Qasem Soleimani, the second top leader of Iran.

Soleimani, who died in the US drone attack on January 3 while traveling to Baghdad, Iraq, airport is the head of the elite Al-Quds Force of the Islamic Revolutionary Guard Corps (IRGC).

All these events raised the specter of another American war front in the Middle East, and it had spiked concerns in the Philippines, which has more or less two million overseas Filipino workers (OFWs) in the region that has been a magnet for war. Some of the OFWs are in Iran.

Figures released by the Philippine Embassy in Iran showed majority of the Filipinos in the Islamic Republic “are permanent residents-wives and children of Iranians who studied in universities and colleges in the Philippines during the 1970s and 1980s. Many of these Filipinos practice their professions as dentists, doctors, engineers, teachers, nurses and midwifes in Iran.”

The handful of OFWs in Iran are professionals such as engineers and accountants, the most number being skilled workers in big construction projects in the country’s oil and gas industries, the embassy headed by Philippine Ambassador to Iran Wilfredo Santos said.

“There are more than 400 Filipino women married to Iranian nationals who are permanently residing in Iran. Together with their children, the number of registered permanent resident Filipino-Iranians is 1,001. Including regular, irregular (undocumented) and transient OFWs, there are a total of 1,184 Filipinos in Iran as of 01 June 2017,” the embassy revealed.

The Filipino community in Iran is  minuscule compared to those in the six Arab countries of the Gulf Cooperation Council (GCC), like Saudi Arabia, host to over a million OFWs.

But every Filipino’s life is important to the government, which prompted President Rodrigo R. Duterte to tell Iran that if any Filipino is hurt in a conflict with the US, the Philippines will take the American side.

Not content with this, the President sent his special envoy, Secretary Abdullah Mama-o to Iran to convey his message officially.

Mama-o, the presidential adviser on OFWs and Muslim Concerns, thus met in Tehran, the Iranian capital, on January 14 with Iranian Foreign Minister Mohammad Javad Zarif to impress upon the Islamic government the safety of Filipinos.

Director Dr. Dimapuno “Jun” A. Datu-Ramos of the National Commission on Muslim Filipinos (NCMF) reported the meeting in his Facebook account.

“The Philippine delegation sought the assurance of the Iranian government for the safety of the OFWs in their country, and ensured safe pasaage in the event worsening tensions and armed confrontation between Iran and the US,” he said.

Datu-Ramos said the whole of the NCMF under Secretary Saidamen B. Pangarungan is praying for OFWs’ continued in the Middle East and success of Mama-o’s mission.

Aside from Saudi Arabia, GCC members are United Arab Emirates (UAE), Kuwait, Qatar, Bahrain, and Oman, each of which hosting tens of thousands OFWs. (SDN)