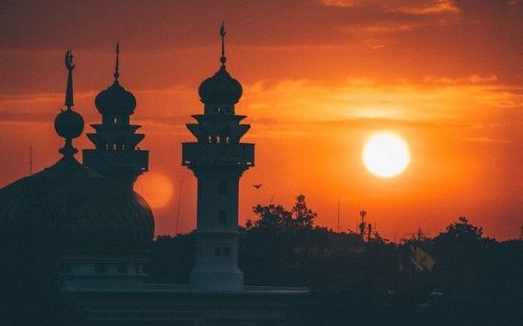 (SDN) — Anyone from the Philippines who participated in the February 27-March 1, 2020, “Tabligh” gathering in Malaysia should get tested for novel coronavirus.

Reason: Several attendees of the religious gathering have tested positive for Covid-19, the official name of the coronavirus that originated in December 2019 in Wuhan, Hubei Province, China.

The gathering has already produced a cluster of Covid-19 transmission, at least 40 (latest report by SAYS is 77) positive of contracting the virus among 14,500 Malaysian participants; so far two Singaporeans have tested positive after coming home from the religious gathering of Tabligh followers, one Bruneian so far also is positive.

Two Singaporeans at the mass religious event were found positive for Covid-19 after they arrived home. Around 82 Singaporeans (95 in other news reports) joined the Tabligh gathering with at least 10,000 attendees from Southeast Asia and others across the globe, the Borneo Bulletin said.

This prompted the Majlis Ugama Singapore (MUIS) to close for disinfection all mosques in the island republic for five days because one of the novel coronavirus positive had visited four mosques after coming from Kuala Lumpur, Malaysia, the religious gathering’s location.

Furthermore, MUIS is helping to contact-trace those who may have been in contact with the two; Singapore health authorities are also looking for and trying to identify the 80 others who participated in the gathering.

The New Straits Times reported on March 12, 2020, that the “Tabligh” gathering held at Seri Petaling Mosque has become a spark for new cluster of Covid-19 transmission.

So, to spare your love ones in particular, and the Philippine public in general, get your selves tested if you participated in the assembly of “Tabligh” in Malaysia.

It is quite known in Moro communities that some Filipino followers of the Tabligh movement usually participate in the said gatherings abroad.

Filipino “Tabligh” also had in the past conducted their assembly in the country, in Metro Manila, and in Mindanao with international participants.

It would also do well for the Department of Foreign Affairs (DFA) to determine if there were Filipinos, and how many of them if ever, participated in the four-day Tabligh assembly very recently in Malaysia with a total of 16,000 attendees.

Once the DFA determines there were Filipinos — well and good, if none — who joined the gathering, then the National Commission on Muslim Filipinos (NCMF) and the Bangsmoro Autonomous Region in Muslim Mindanao (BARMM) may help in looking for and identifying and contract-tracing their itineraries in the country.

The assembly is named “ijtima Tabligh” and is also known as Outreach Society or the Society for Spreading the Faith. Wikipedia says it “is a non-political global missionary movement that focuses on urging Muslims to return to practising Islam as practiced during the lifetime of the Islamic Prophet Muhammad.”

There is no verified count of Fiipino “Tabligh” followers, but it is safe to say there are at least hundreds of them in the country. (SDN)

Featured image of a mosque amid a sunset courtesy of Pixabay by Zegxef.