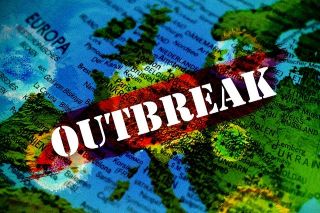 (SDN) — THERE’s been debates, or at least discussions, or opinions, that SARS-CoV-2 can be spread and transmitted through the air.

Just like the other viruses that infected persons transmits through their coughs or sneezes. The droplets or aerosols hanging in the air for sometimes and get into people’s systems when they inhale it.

As of recent days the Department of Health (DOH) has been saying that this may likely happen with SARS-CoV-2, the virus that causes the disease officially named by the World Health Organization (WHO) as Covid-19, in a confined space like a hospital room.

Good thing is there is a study published in and conducted by the The New England Journal of Medicine titled “Aerosol and Surface Stability of SARS-CoV-2 as Compared with SARS-CoV-1.” Of course, the acronym SARS stands for Severe Acute Respiratory Syndrome.

Health authorities first identified the SARS outbreak in Fushan, Guandong, China, in November 2002, and had infections until May 2004 though the World Health Organization (WHO) declared the epidemic already contained in July 3, 2003 (Wikipedia).

With Covid-19, in less than four months more than half a million have been infected and rising (597,335) and 27,365 deaths in 190 countries as reckoned from the Covid-19 Dashboard of Johns Hopkins University (JHU) in the United States.

Carolyn Machamer, a cell biologist specializing in coronaviruses, interpreted some of the findings of the study, including Covid-19 virus’s ability to hang in the air. She was interviewed on a Q&A by Samuel Volkin and published with the title How long can the virus that causes COVID-19 live on surfaces?

First question Machamer, a professor at JHU with her own laboratory at the JHU School of Medicine, she answered was whether SARS-CoV-2 can live in the air and on many surfaces for many hours and many days.

“What’s getting a lot of press and is presented out of context is that the virus can last on plastic for 72 hours — which sounds really scary. But what’s more important is the amount of the virus that remains. It’s less than 0.1% of the starting virus material. Infection is theoretically possible but unlikely at the levels remaining for a few days. People need to know this.

“While the New England Journal of Medicine study found that the COVID virus can be detected in the air for 3 hours, in nature, respiratory droplets sink to the ground faster than the aerosols produced in this study. The experimental aerosols used in labs are smaller than what comes out of a cough or sneeze, so they remain in the air at face-level longer than heavier particles would in nature.”

Here’s part of their exchange:

Volkin: What is the best way I can protect myself, knowing that the virus that causes COVID-19 lives on surfaces?

Machamer: You are more likely to catch the infection through the air if you are next to someone infected than off of a surface. Cleaning surfaces with disinfectant or soap is very effective because once the oily surface coat of the virus is disabled, there is no way the virus can infect a host cell. However, there cannot be an overabundance of caution. Nothing like this has ever happened before.

The CDC guidelines on how to protect yourself include:

There has been speculation that once the summer season arrives and the weather warms up, the virus won’t survive, but we don’t yet know if that is true. Does the weather or indoor temperature affect the survival of the COVID-19 virus on surfaces?

There is no evidence one way or the other. The virus’s viability in exposure to heat or cold has not been studied. But it does bear pointing out that the New England Journal of Medicine study was performed at about room temperature, 21-23 degrees Celsius.

How does the virus that causes COVID-19 compare with other coronaviruses, and why are we seeing so many more cases?

SARS-CoV-2 behaves like a typical respiratory coronavirus in the basic mechanisms of infection and replication. But several mutations allow it to bind tighter to its host receptor and increase its transmissibility, which is thought to make it more infectious.

The New England Journal of Medicine study suggests that the stability of SARS-CoV-2 is very similar to that of SARS-CoV1, the virus that caused the 2002-2003 SARS global outbreak. But, researchers believe people can carry high viral loads of the SARS-CoV-2 in the upper respiratory tract without recognizing any symptoms, allowing them to shed and transmit the virus while asymptomatic. (JHU)

Featured image courtesy of and credit to Gerd Altmann of Pixabay.