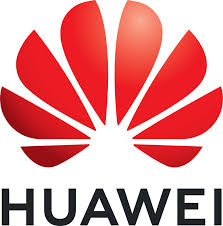 Last week the U.S. added Huawei to its “entity list” of companies that cannot source out technology from American companies unless they have permit. With the blacklisting, Huawei will not be able to buy software and hardware from U.S. firms.

He recalled that the American government issued “Executive Order on Securing the Information and Communications Technology and Services Supply Chain” on May 15, 2091, which affected Huawei.

Rio noted that the E.O. signed by Trump prohibits American persons and companies from doing business transactions that constitute “any acquisition, importation, transfer, installation, dealing in, or use of any information and communications technology or service” with any company owned or controlled by a “foreign adversary” as a means of protection from U.S. national security risks.

What is its impact on the Philippines

“This may affect the supply chain of the Chinese company but it will have a little impact on the Philippine telecommunications industry,” said Rio, as he noted the executive order’s prohibition of U.S. firms from supplying Huawei with either software or hardware components.

Rio said the Filipino telecom companies (apparently, PLDT and Globe Telecom) have already stated their plans to diversify in their present and future procurement of equipment to make their networks more robust and future proof.

“On matters of cybersecurity, the incumbent (telecom firms) are to this day still strictly monitoring their network and up to now there was no incident of a national security breach from their respective network predominantly using Huawei equipment.

“The Department of Information and Communications Technology (DICT) will continue to require local telecommunication companies to monitor their networks through world-class cybersecurity audit teams and assure the government that their respective network will not be compromised or they may suffer losing their license to operate. The same requirement will also be imposed on the incoming third telco,” he said.

He assured the nation of the government’s ability through the DICT with its tools to protect the Philippine cyberspace from any threats to the national security.

On May 20, PLDT headed by Manny V. Pangilinan issued a statement on the U.S. trade ban of Huawei products.

“In light of the recent trade ban of the United States government on Huawei products, PLDT and Smart Communications, Inc. wish to assure its customers who have availed (themselves) of Huawei handsets and devices via its official channels that said products will continue to function normally on the PLDT-Smart network,” the company said.

“PLDT and Smart will work closely with Huawei in addressing concerns regarding future firmware and software updates for phones, pocket Wi-Fi units, and other devices.”

Owned by the Ayala group, Globe Telecom, similarly said its customers using Huawei devices that the Chinese technology giant has made assurances it will continue to provide security and updates as well as after-sales services.

As this developed, Huawei has been at the receiving end from other countries since the U.S. blacklist.

However, some observers believe that Huawei is like a sleeping dragon that one day will wake up, flex its muscles and be strong as ever.