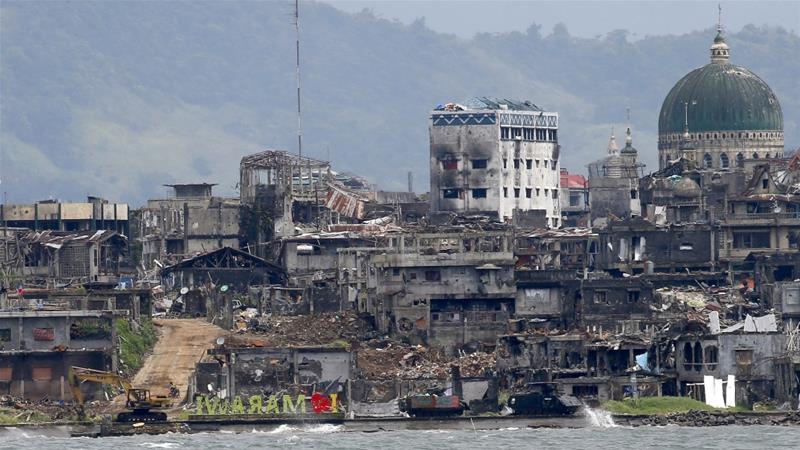 Statement of International Committee for the Red Cross (ICRC) President Peter Maurer following his visit to the Philippines:

“The remarkable resilience of the Filipino people became clear to me when I first visited after the devastation of Typhoon Haiyan in 2013. I returned this week to listen, to discuss, to offer support and encourage action as the country again embraces challenges and assists those in need.

“This second visit affirms my view that the suffering people endure in natural and man-made disasters is universal. People lose loved ones. People lose their homes. Individuals and whole communities face an uncertain future.

“In my interactions with conflict-affected people around the globe, their questions are strikingly similar: When are we going to be safe from fighting? When can I rebuild my house? How can I earn a more stable income? Where can I get clean water today? When can I be reunited with my loved one?

“The 2017 devastation of Marawi City brought the Philippines’ armed conflicts to the global forefront. But for decades, many more communities in Maguindanao, Basilan, Sulu and portions of eastern Mindanao have been forced to flee their homes multiple times. Sporadic clashes deeply affect these families’ livelihoods, their ability to put food on the table, and their ability to send their children to school. It is a life of instability and uncertainty, and many people are living it daily, often long after the news headlines “move on to another crisis or emergency.

“In my visit to Marawi City this week, I saw a community dealing with the physical and psychological impact of conflict. I met a family of a missing person that hasn’t lost hope that news about their relative will arrive soon. I also saw how people we are assisting are making the most of that support, for instance a mother that has opened a small business selling food. I observed firsthand a people that will not let the conflict of 2017 defeat their spirit. Local Red Cross volunteers I met have been unrelenting in their support to the displaced people.

“In my discussions with high-ranking officials, I felt a commitment and resolve to find effective, long-term solutions to humanitarian issues of concern, despite considerable constraints they deal with. The people need to be able to count on the authorities to be responsive to their needs.

“I see indicators of hope, fortitude, and of shared determination to rise from the ravages of the conflict in Marawi and other areas in Mindanao still affected by sporadic armed fighting.

“Nevertheless, in talking to victims, responders and authorities, I can see that the work is not yet done. Though responding to humanitarian needs due to conflict is the work of the International Committee of the Red Cross (ICRC), I believe equally that all members of society have a shared responsibility to provide reprieve to those affected by fighting.

“The ICRC has long experience in dealing with conflict situations, as an impartial and neutral organization. We offer our varied expertise and support. Together with our partners in the Red Cross, we will strive to reach and assist those affected by conflict, no matter who or how far they are.

“The ICRC will continue to promote principles of humanity and maintain our positive collaboration with the Philippine authorities at national and local levels, as they have the primary responsibility to address humanitarian concerns of their people.

“If our common aspiration is that no person suffering the consequences of conflict is left behind, then let’s all get to work.” (ICRC)