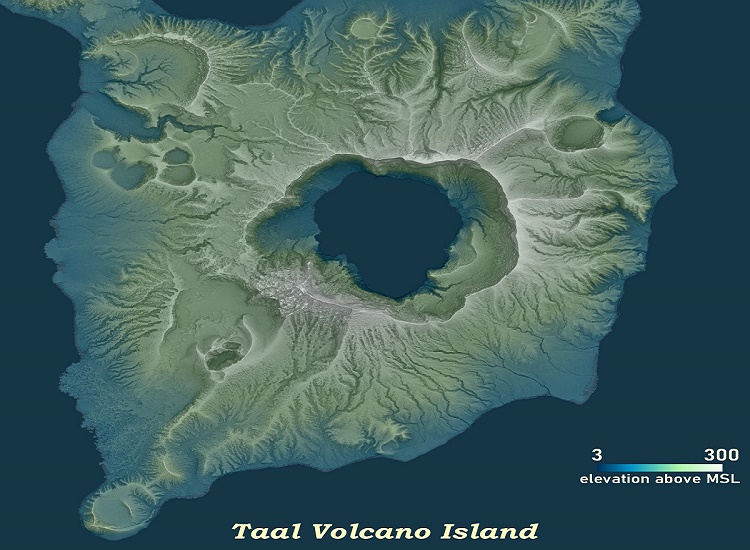 NOW the public can see for themselves the areas affected by the January 12, 2020 eruption of Taal Volcano.

The eruption that led the Department of Science and Technology’s Philippine Institute for Volcanology and Seismology (DOST-PHIVOLCS) to raise Alert Level 4 drove more than a half million people to flee for their lives in Batangas province and adjoining areas.

Batangas Gov. Hermilando Mandanas gave the figure about the affected people when he was interviewed over a GMA7 news report at the peak of the volcano’s volatile activity.

IN the interest of public welfare, the University of the Philippines (UP) today, January 28, 2020, opened its map data of Taal Volcano Island showing the areas affected by the earth’s convulsion.

The Philippine Council for Industry, Energy and Emerging Technology Research and Development (DOST-PCIEERD) distributed the UP data map to reporters, saying the objective is to hasten the devastated areas’ rehabilitation.

Through the UP Training Center for Applied Geodesy and Photogrammetry (UP TCAGP), the premiere state university is opening up to the public its map data of the Taal Volcano and its surrounding areas generated during the Disaster Risk and Exposure Assessment for Mitigation (DREAM) and the Philippine Light Detection and Ranging 1 (Phil-LiDAR 1) programs.

Using LiDAR) technology, the group was able to generate maps with resolution of up to 1×1 meter which can be used for planning and reconstruction of areas damaged by the Taal Volcano eruption.

UP TCAGP Assistant Professor Mark Edwin A. Tupas stressed the importance of using data in conducting planning and reconstruction activities in the areas affected.

“With the Philippines being at constant risk from natural disasters, adequate data is needed for disaster risk reduction planning and operations, we are opening up our LiDAR map database to help in the rehabilitation of those affected by the Taal Volcano eruption,” he said.

The DREAM and Phil-LiDAR 1 Programs are both projects funded by the DOST and monitored by its Innovation Council (PCIEERD), which mapped river basins all over the country.

Tupas said users of the map data would need to properly cite UP TCAGP and the Phil-LIDAR Program as the source of the information.

“Please note that while stringent Quality Assurance/Control protocols were in place during the program operation, we cannot guarantee that the data is free of discrepancies, bugs or defects,” he said.

Tupas said the datasets can be accessed through https://phillidar-dad.github.io/taal-open-lidar.html and can be opened using most modern geographic information system (GIS) software.

“From these high resolution information detailed 3D geo-visualization, e.g. hillshade, can be created. The dataset can be used also for geo-morphologic modelling of areas pre-disaster. Data acquisition was between 2014 and 2017. Another sample use cases include the accurate determination of heights for building delineated from satellite imagery, given the Digital Elevation Modeling (DEM) of 20 cm vertical accuracy,” he added.

For further inquiries, you may contact the data archiving and distribution team of UP TCAGP at lipad@dream.upd.edu.ph (DOST-PCIEERD)