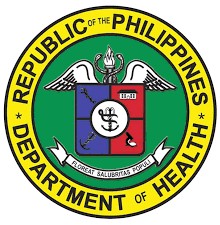 (SDN) — THE 15 vinegar brands found by the Philippine Nuclear Research Institute (PNRI) to be “fake” are “not exactly unsafe.”

CNN Philippines made a report on its website regarding the issue about the 15 brands, quoting government officials from the Department of Health (DOH), Department of Science and Technology (DOST) through its Philippine Nuclear Research Institute (PNRI) on Monday, May 20.

However, an investigation by a government inter-agency team on the said brands is being conducted for “mislabeling” their “suka” (vinegar) products.

Earlier, a head researcher of the PNRI in news reports was quoted as saying that vinegar products made from synthetic acetic acid can “various degenerative diseases.”

This was denied by Dr. Carlo Arcilla, director of the PNRI.

“We have not stated that the non-fermented acetic acid are cancerous. That is just a speculation or even a misrepresentation of the comments,” Arcilla told CNN Philippines.

“Ang problema doon ay kung ano ang kahalo niya (The problem is what’s mixed into the acid). When you manufacture synthetic acetic acid, there will be some by-products and that will have to be taken away. ‘Yung purity as food grade has to be ascertained and also labeled in the product,” Arcilla added.

He said the PNRI only made a conclusion on which vinegar products are natural or artificial, saying it’s the Food and Drug Administration (FDA) that has the capability to determine if the synthetic ones pose health risks or not.

(When you use synthetic acetic acid for vinegar, we consider it as adulterated product. It’s not necessarily unsafe, but under our laws, vinegar for human consumption is defined as acetic acid from natural fermentation.)

Earlier, Raymond J. Sucgang, chief of the PNRI Nuclear Analytical Techniques Applications Section, described the risks of petrochemical by-products like a synthetic acetic acid from which 15 “suka” brands were made from.

“One can only imagine all the impurities and residues from the petroleum by-products, which can be the source of various degenerative diseases,” he said.

In later separate interviews with GMA7 News and SDN — Science and Digital News, Sucgang claimed that synthetic acetic acid can cause cancer, attributing his claim to some journals. He did not named the journals.

But as Domingo asserted, synthetic acetic acid is not necessarily unsafe, while Arcilla denied having the PNRI said it was cancerous.

The PNRI’s tests on the 17 brands with only three found to be not  using synthetic acetic acid were made using nuclear technology, particularly Isotope-based technique.

Domingo, on the other hand, per the CNN Philippines report, revealed that the Food and Drug Administration (DOH-FDA) has in its list 274 registered vinegar products. All of them should be of natural ingredients (like coconut and sugarcane).

“At the current concentration, wala naman tayong alam na masamang effect ng acetic acid whether natural or synthetic siya. Kaya lang, hindi lang siya ang dapat na component ng pagkain (we don’t know of a negative side effects of acetic acid whether natural or synthetic. But it should not be the only component of food),” the DOH official, now the officer-in-charge of the FDA.

He added that if the said brands were declared as natural, that should be the actual content. Mislabeling is not allowed.

In relation with this controversy, Department of Agriculture (DA) Secretary Emmanuel “Manny” Piñol suggested pulling out of the market the 15 “fake” vinegar brands.

The Mindanao government official called a meeting among the DA, DOST, DOH and the Department of Trade and Industry (DTI) to get to the  bottom of the issue on the synthetic vinegar products. (SDN)