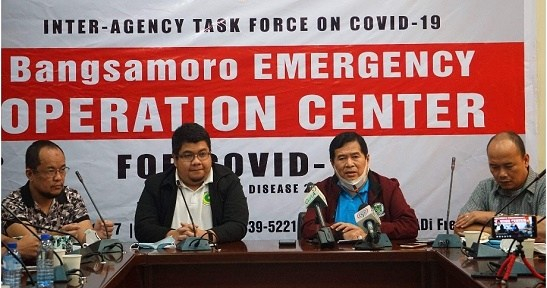 (SDN) — Filipino attendees of the “Tabligh” assembly in Malaysia are now being tracked down by authorities in Muslim Mindanao.

The Bangsamoro Autonomous Region in Muslim Mindanao (BARMM) initiated the “pursuit” to identify the over 200 Filipinos who participated in the mass religious gathering of the Tabligh movement.

In relation with this, a foreign diplomat confirmed Friday evening that 215 Filipinos attended the Tabligh Ijtima (Assembly in Malaysia on February 27 to March 1, 2020.

The foreign diplomat who did not wish to be named confirmed the number to SDN — Science and Digital News. “That’s my information,” he said.

An observer suggested that the Department of Foreign Affairs (DFA) through the Philippine Embassy in Kuala Lumpur, capital of Malaysia, has the resources to identify the Filipino Tabligh followers.

On Facebook, there are some posts that say some of the Filipino attendees have already passed away, even mentioning at least one name. This could not be confirmed as of press time.

Related: Get Covid-19 Test If You Attended Malaysia ‘Tabligh’ Assembly

In relation with this, the Department of Health (DOH) has asked the Bangsamoro Autonomous Region in Muslim Mindanao (BARMM) to help trace and identify the 215 attendees to the assembly that had 16,000 participants. Around 14,500 of them are Malaysians.

The government of Malaysia blamed the “Tabligh” assembly for the spike of new coronavirus (Covid-19) confirmed cases in the Association of Southeast Asian Nation (ASEAN) member.

Some attendees from Indonesia Singapore, Brunei, Cambodia, and Thailand, at least, have already been reported to have contracted the SARS-CoV 2 disease after they returned home.

The Bangsamoro Inter-Agency Task Force (IATF), apparently, launched the search for the assembly participants following the announcement from the National Commission Muslim Filipinos (NCMF) about the 215 participants.

The Ministry of Health (BARMM-MOH) described the tracking of the local participants a “big challenge.”

(Translation: This is a big challenge because most of them do not want to admit they came from Malaysia because of stigma if they are identified.)

To solve this quandary the BARMM IATF is seeking the help of the NCMF and the Malaysian government to get the participants’ names.

BARMM IATF already with some leads

Cabinet Secretary Mohammad Asnin Pendatun, spokesman of the Bangsamoro IATF, indicated they are not starting from zero.

“We already have some names,” he revealed, without saying how many were identified already.

Pendatun offered though that some have already are in self-quarantine after submitting themselves to the region’s IATF.

Dipatuan said they do not have specific figures on the number of those participants who are BARMM residents or outside of the region.

“We already informed our provincial health officers from different provinces under BARMM to locate the addresses of our brothers and determin their status whether asymptomatic or not,” the BARMM health minister assured.

The BARMM-MOH reported that as of March 18, the whole of Muslim Mindanao region has a total of 996 persons under monitoring (PUM) amd 43 persons under investigation (PUI).

Channel News Asia (CNA) reported on March 19 that of the 900 confirmed cases in Malaysia, 63 of them attended the Tabligh assembly. (SDN)